It’s never too late for love…

Many women, and a minority of men, are deciding that ‘adequate’ marriages are inadequate. They are driving an explosion of ‘grey’ divorce in the over-50s. With children departing down their own paths and ever-longer lives stretching out ahead, more mature adults are leaping, unconventionally and aspirationally, at a last chance at love. A majority of the existing literature discourages them. The dominant mantra of books, counsellors and media is that ‘staying together’ is the superior, admirable choice. They insist that romantic dreams of great sex and soul mates are the Disney-esque yearnings of the naively immature.

We argue the contrary. Great relationships are not only attainable; they are a natural and admirable goal for aging humans. If your current mate isn’t interested in working with you to craft an ever-deeper and finer partnership, then it may be your mate that requires changing – not your dreams.

Is it time to decide? 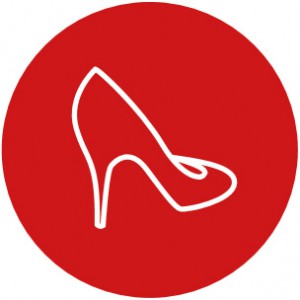 Are You Leaver or Left?

The person who leaves a relationship and the person who is left are at different places in their lives and in their heads. The Leaver is in control and plants the bomb that disrupts the existing order. The Left is in the uncomfortable situation of having to cope with a decision over which they often have no say.

The Left have largely been in charge of the story to date. Since Virgil’s Aeneid, Dido’s plaint has been followed by a veritable deluge of mourning by those left behind. We understand so well the pain of being abandoned, for having heard it so often, in poems and films and novels.

But what about the Leaver? Two thirds of leavers, for the past 100 years, have been women. It isn’t easy to leave. It usually takes years, and more courage than anyone suspects. Is it desertion, or liberation?

Are there ways to leave well?

The Journey
by Mary Oliver

“…But little by little,
as you left their voices behind,
the stars began to burn
through the sheets of clouds,
and there was a new voice
which you slowly
recognized as your own,
that kept you company
as you strode deeper and deeper
into the world,
determined to do
the only thing you could do—
determined to save
the only life you could save.”