Of Puppies and Parsnips 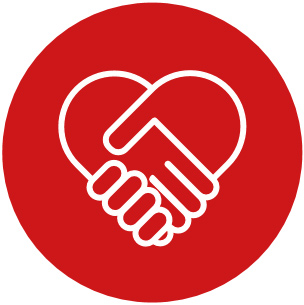 I used to think divorce was the ultimate dive for freedom. It was the hardest thing I ever did in my half century. Like most women, I was culturally convinced to care more than to count. So breaking the ties that bind in a desperate dash for self-fulfillment felt like a headily courageous and counter-cultural act, despite the statistics suggesting it’s more common cat than exotic lioness on anyone’s impressiveness scale these days.

Like most leavers, I soon discovered that the 100-yard dash out the door turns into a lengthy marathon. My resolute journey into self-expression was intimately entwined with a parallel journey of healing, not just my kids, but my friends, my relations, even my ex. The more I wanted to count, the more I needed to care. The more I delighted in the richness of the late love I was lucky enough to find, the more my nest-reconstruction instincts came to the fore. So I spent several years gently and patiently reweaving the tightly knit tapestry of love I built, lost and strove to regain.

This involved a lot of travel. My mother, kids and new love lived for a time across four countries and two continents. And I, like some kind of crazed, internet-inspired spiderwoman, have been both digital pilgrim and carbon footprint sinner, weaving endless, delicate strands of love across these beloved, inter-continental hearts. Flimsy protection against the storms of life? I prefer to see it as our new home, less obviously solid than the one they lost, but one that will forever shine and shimmer whenever it may rain on their respective parades.

Recently, I was in a seminar led by the English/ Irish poet David Whyte. He read one of his poems, called Camino, about the journey of loss inspired in him by a friend with a now-familiar tale: her children left home, and she left her husband. The beautiful old home in Italy that had been such a warm and welcoming haven disappeared. The poem breathed regret and remembering. But that was the poet’s view, not the woman’s.

Strangely, having experienced something very similar, the theme didn’t resonate. Much closer to the contentedness and resoluteness that soon rewarded my leap into the future is a poem by Mary Oliver. Her Journey echoes mine.

the only thing you could do –

determined to save the only life

A woman in the audience described her own journey. Abandoned by her husband and left reeling. That in the years following, she gradually shifted from a focus on what she had lost to the suddenly discovered delight of being able to eat her favourite food again: parsnips. Something her husband had hated and banned. She was now exuberantly grateful at the metaphorical power she possessed on her palate.

Listening to her, I suddenly realized that my own self-expression was just beginning. My loved ones eventually resettled, the shock waves digested through a civil and friendly divorce, a new home chosen and designed with a magically matched man. I can now begin to lift up my eyes and stride deeper into the world.

And to this lady’s parsnips epiphany, my first truly emancipated act started much later. When my daughter and I picked up the puppy that we have both yearned for all of our respective lives. Her name is Princess Daisy, and she now reigns as benign sovereign over our besotted home. In the complex web lovingly woven over these turbulent years, she was the final, perfect, strand that made it all magically whole. This man, this pup and this time – are mine. In the end, I realised it was the wrong metaphor all along. It wasn’t a dive for freedom. It was a lunge for love.

Why I Wrote This Book
Scroll to top